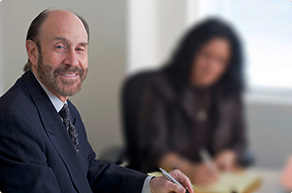 Mr. Bell counsels U.S. and non-U.S. high net worth individuals, families and family offices on complex estate, gift and income tax issues, and on the integration of investments with estate planning structures. Mr. Bell’s clients have included corporate and individual fiduciaries on investment and administration matters, as well as public charities and private foundations on taxation, fundraising and governance issues.

Mr. Bell has also had extensive experience with contested matters involving the validity and interpretation of wills and trusts, investment management, limitations on fiduciary powers, domicile, and estate taxation.

An alumnus of Yale College and Harvard Law School, Mr. Bell is listed in Who’s Who in America and The Best Lawyers in America, and is a fellow of the American College of Trust and Estate Counsel.

He has been consistently selected as a New York Super Lawyer®, including every year since the founding of Stern Tannenbaum & Bell LLP in 2007 through 2020.