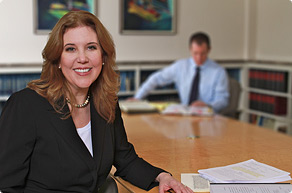 Rosemary Halligan is a founding partner of Stern Tannenbaum & Bell LLP. Ms. Halligan started her career at Shea & Gould, and before co-founding the Firm, she was a partner at Duane Morris LLP.