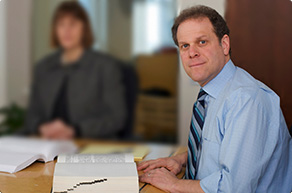 Stewart J. Stern is a founding partner of Stern Tannenbaum & Bell LLP and heads the Firm’s real estate group. Previously, Mr. Stern was head of the Real Estate Department at the New York office of Duane Morris LLP for more than a decade.

Mr. Stern has extensive experience in all aspects of real estate law and practice. His clients include some of the nation’s largest real estate developers, investors and lenders, and he also has an active hospitality practice, representing well-known hotels, restaurants and nightclubs.

Mr. Stern has an AV® Preeminent™ Peer Review Rating, the highest rating awarded, by Martindale Hubbell, has been selected a New York Super Lawyer® in each year from 2010 through 2018, and is listed in Who's Who in America.